Our Lost Ark Guide for the Uninitiated

Lost Ark is a Fantasy MMO and one of the biggest MMOs released in recent history. The game found great success in the Western market this year. It was originally fully released in Korea on December 4, 2019. Developed by Tripod Studio and Smilegate, Amazon Game Studios is the publisher for the English-speaking player base. The current game content is being developed in Unreal Engine 3 and we may see an upgrade to Unreal Engine 5 soon. We have prepared this Lost Ark Guide to get you up to speed with this very popular action-packed MMO.

Building a character and starting off

Lost Ark has unique character customization options with incredible depth and a game shop from where players can obtain a variety of skins and various other items for a quicker character progression. Smilegate’s intention is to deliver the game so that it can be played by different groups of players. Everything in the game is achievable by simply, playing. You can be working on goals over time, or, by visiting the game shop. Here you can get a quick supply of materials and other beneficial items.

Lost Ark is a Fee-To-Play game available through Steam in our regions, where it quickly became one of the most-played games with an all-time peak of 1.3 million concurrent players.

The game is mostly PvE-oriented and focused on events, questing, collectibles, and crafting through a feature called Stronghold (players can access their stronghold by pressing F2 and playing the corresponding song). There’s a section for Battle items which are key consumables in the game and it’s a requirement for every player to have an appropriate amount of them at all times. Battle items come in a large variety and they’re very situational. The purpose of these combat essentials is for players to restore their health, gain buffs, avoid/reduce incoming damage, and a smooth sail through boss mechanics.

PvP and how to progress

The Competitive content is also a component in Lost Ark. In this game mode players are all equal. There are no advantages based on player equipment. PvP is unlocked by reaching level 26 in the zone called Luterra Castle. Players will be introduced to „Proving Grounds“ which are PvP zones.

Everyone has 1,250 stat points and 340 skill points to spend using the „Book of Coordination“ before joining a PvP match.

PVE AS the basis for all gameplay

PvE content contains group raid encounters designed for 4-8 players and set in multiple difficulties, simultaneously instances for single-player entries also known as solo content, which is optional, a player can choose to queue as solo or as a group for Chaos Dungeons and Guardian Raids.

Daily and weekly quests are very important in Lost Ark, they’re also called Una’s Tasks. Players unlock these by reaching level 50 and use them as a consistent source of materials mandatory for their character progression.

Una’s Tasks also award Una’s Tokens which are a stable weekly income of gold for all players, they can be exchanged for gold bars in any major city, and if you’re lucky you can get extra gold since gold bars have a chance to award additional gold bars upon use. Players can view their Una’s Tasks by pressing (Alt + J).

Horizontal and vertical character progression in the game is separate, but very firmly connected in the end game. Horizontal progression next to achievements also provides crucial collectibles that enable your characters and improve their combat readiness with stats, skills points, and runes which can be attached to the character’s abilities. The game has a built-in Item Codex which shows where everything is and how it can be obtained. Players can view their horizontal progression by pressing (N).

Vertical character progression is done by Gear Honing. Every major city in the game has an NPC which will upgrade your gear to the next stages. Honing will require silver, gold, and certain types of materials which are obtained through playing the game on a daily and weekly basis. These upgrade requirements are tied to your current progression Tier.

In Lost Ark, we currently have three Tiers, Tier 1, Tier 2, and Tier 3. The first two tiers have specific gear sets and their maximum upgrade stages before a player is ready to step into the current end game Tier 3.

The content in the game is unlocked by players reaching certain item-level thresholds. Item-level entry requirements are also applied to other parts of the game and activities, such as entering Islands or purchasing items from vendors.

Lost Ark has three traditional roles which are DPS, TANK, and HEALER, but their implementation is different. DPS, damage dealing classes deal damage just like in any other similar game. Tanks and Healers in Lost Ark don’t necessarily „tank“ and „heal“ the same way as we know it from other games.

PvE encounters in Lost Ark are designed differently. Bosses are going to behave freely and all players regardless of their role will have to face the mechanics equally. This is where Battle items come in handy and they’re very crucial for any boss encounter. Healers in Lost Ark are also called Supports which provide damage buffs, and shields and can also restore health to party members occasionally.

Lost Ark currently has five base classes which are: Assassin, Gunner, Mage, Martial Artist, and Warrior. These classes have unique destiny paths also called Advanced Classes, which are the following:

The only tank role are Gunlancers so far. The only two support roles so far are Bards and Paladins. Upcoming Advanced Classes are Summoner which is a Mage (DPS) and a new base class Specialist with two Advanced Classes, Artist (Support) and Aeromancer (DPS).

The combat in Lost Ark is very well done. It comes with flashy animations and great skill sound effects and interactions. Playing in any class always feels very vibrant and play styles are not limited to any one fashion. Skills can be customized to fit a certain play style that may be better for a specific activity.

Ever since the game was released in the West the goal was to catch up with the available content in Korea. We are now 9 months in and the game is not far away from being caught up with Korea. Lost Ark follows a scheduled release of game content and by the end of this year, players can expect to experience several more raid encounters and one new class to play. In terms of raid encounters the game currently has 3 Legion raids released called Valtan, Vykas, and Kakul-Saydon, 1 Abyss raid called Argos, and groups of Guardian raids from Tier 1, 2, and 3.

Vykas Legion Raid and Valtan Legion Raid have a difficulty called „Inferno Difficulty“. This difficulty of Lost Ark raids is the highest one and it serves as the greatest challenge to players who wish to complete the raids at an even higher difficulty than „Hard Mode“. Item level entry for Valtan Inferno is 1445 and for Vykas Inferno is 1460.

The rewards are increased at this difficulty and also players can obtain special titles, achievements, and stronghold structures. Rewards obtained depend on whether a group of players had a deathless run or not. A mechanic called „Scale of Balance“ will be applied to players and they will be required to use an existing feature in the game called „Book of Coordination“. The idea here is to scale down players to the boss level and content appropriate level, also known as normalized content.

Scaling down character power to match an opponent of any kind is a practice that many video game companies use. It gives players a sense of equality for a set challenge without the use of their current character power which would make the encounters trivial to a certain degree.

The December update will bring:

Every class in Lost Ark has a class-specific appearance which can be compared to Allied Races in World of Warcraft. The appearance is obtained through skin chests found in the game shop or the in-game market.

This character in Lost Ark and the raid are one of the most discussed parts of the game. Brelshaza, for instance, is the raid encounter known for its difficulty even on lower modes, while it is also very aesthetically pleasing. The raid has 6 gates unlike any encounter previously, making it stand out in every way. The rewards for completing the raid are also greatly improved, containing guaranteed item drops.

Brelshaza used to be the hardest and longest encounter in Lost Ark designed in a way that’s extremely punishing for any mistakes from players.

The item level requirements to enter will be:

The item level requirement to fight this guardian will be 1490.

Woah, that was a mouthful! Do you find Lost Ark intriguing? Want to try out its fancy combat, superb mechanics, and interesting progression systems? Perhaps you find it a tad overwhelming?

We’ve been there, you can trust us 🙂 But, we can also provide some help. We have a whole dedicated page for Lost Ark at BlazingBoost. You can find help for leveling, PvE, PvP, raids or help with the main storyline. It is a great place to start!

If you ever get stuck with something, use the linksbeloww and our 24/7 will get you on the right path, pronto! 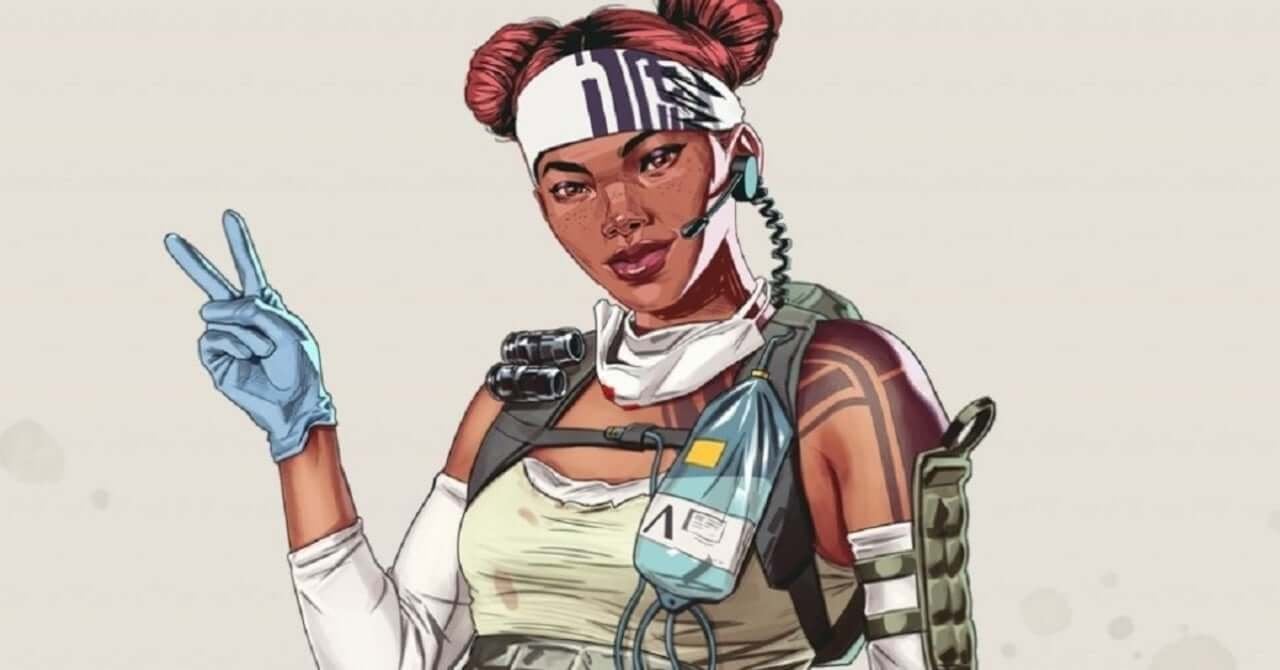 How to play Lifeline in Apex Legends 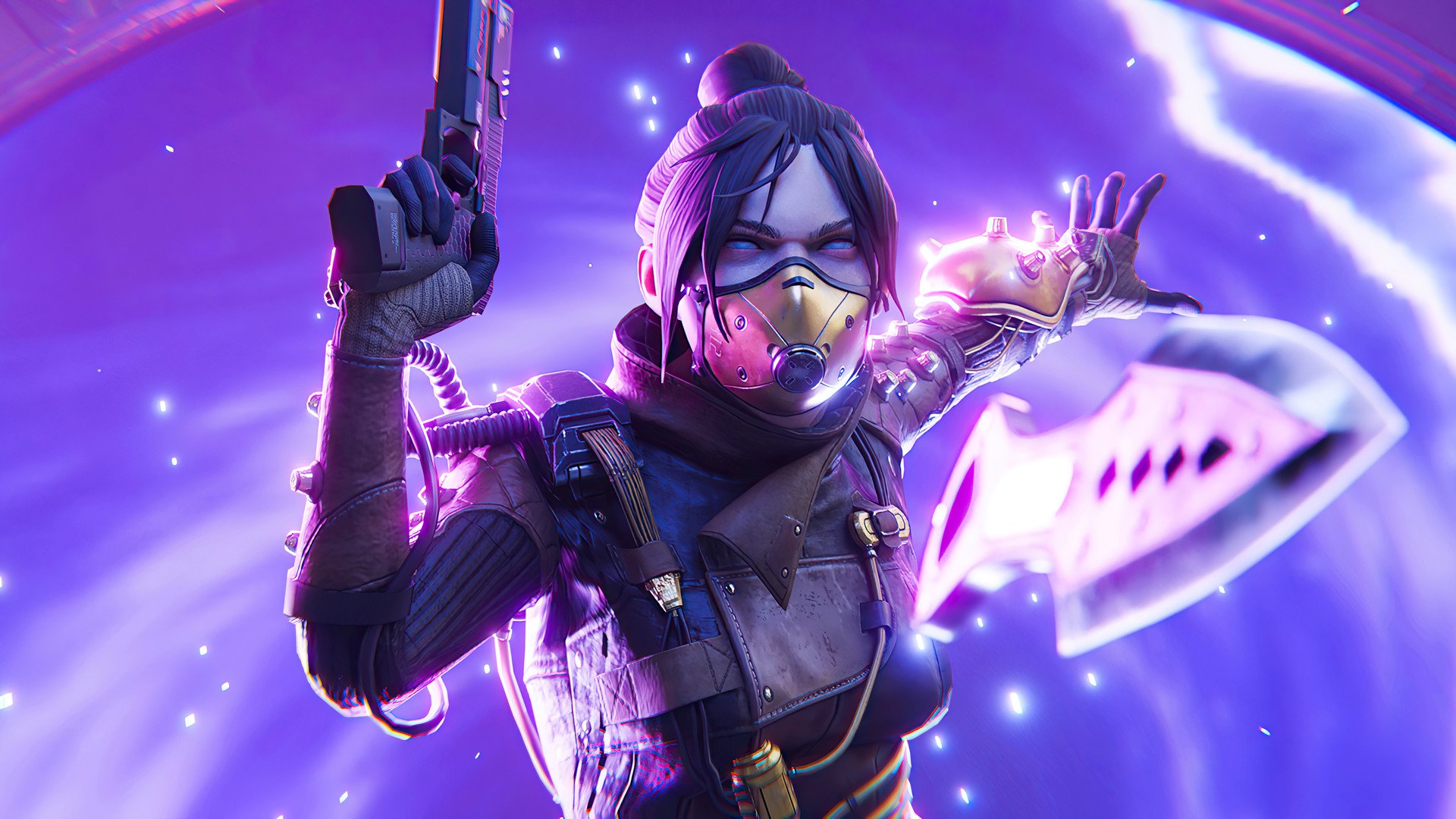 How to play Wraith in Apex Legends